Bruce is 57, and has lived in St Ives with his wife and two children for the last 28 years. He has been helping people and companies achieve their outcomes since 1995. In his "previous life" he worked for Royal Mail as a development and training manager an operational manager and an internal coaching consultant. He also spent a short time as a Senior Specialist Adviser with Reed in Partnership. Bruce obtained his psychology degrees from The Open University and the University of East London, and became interested in how coaching could help individuals live more complete and productive lives, and how companies could help them do this through the use of coaching interventions and workshops. He went on, in 1995, to do his NLP training at the Royal Masonic Hospital in London and is an accredited trainer of NLP (ANLP). Bruce was a founding council member of the leading coaching organization The Association for Coaching (AC).  He is an accredited coach with the AC and is also on their assessor's panel. He was also a founding member of the Special Group in Coaching Psychology within the British Psychological Society (BPS). Bruce is a Supervisor and an Assessor for the BPS and is registered with the Health Professions Council (HPC). He has lectured at many UK Universities on the subject of coaching and has contributed chapters on NLP coaching in many recent publications. His present book entitled "the theory and practice of NLP coaching; A psychological approach" will be published in the Autumn of 2012 by Sage Publishing. 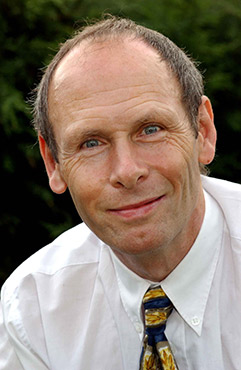 Below are just some of the organizations Bruce has worked with in the above way:

Bruce is passionate in his belief that going to work can be a great experience when the company get their management of human capital right. This means selecting the right people, training them, and consistently communicating with them effectively so they know how to get the most out of themselves and the best out of the company. This is invariably through adopting a coaching method.

To relax Bruce enjoys jogging around the Cambridgeshire countryside, at one time being capable of a 2:28 marathon. At a more sedate pace he will walk his dog down by the river and through the fields, and when he has time kick back, open the popcorn watch a movie or go for a pub meal with his family.